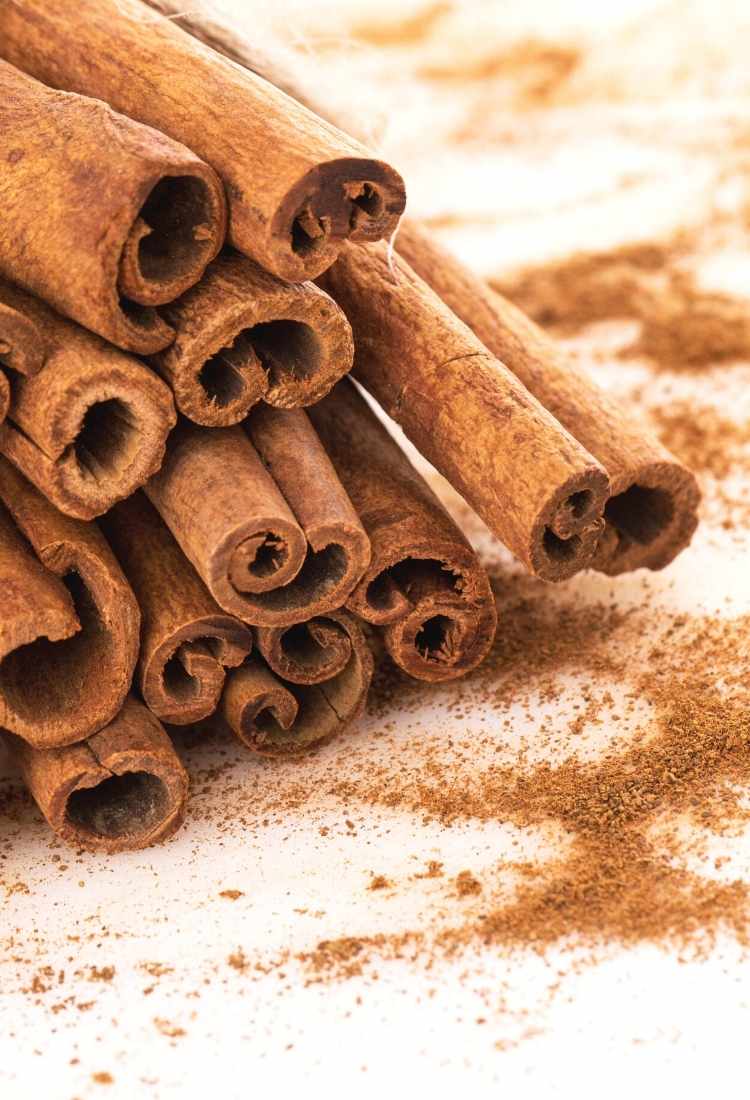 Cinnamon has to be one of the most beloved spices—it’s definitely one of my favorites! It smells great, it tastes great, and it’s also great for your health.

This delicious spice comes from the inner bark of tree species in the genus Cinnamomum. Cinnamon is generally used for flavor but packs a powerful dose of health-related benefits.

Cinnamon makes everything taste a little bit sweeter and more flavorful, but with zero sugar. It’s also easy to find things that are tastier (and healthier) with the addition of cinnamon, like smoothies, oatmeal, homemade cookies and muffins, or even a savory dish featuring chicken or lamb.

You probably already know that cinnamon is tasty, but you may not realize all of its potential health benefits. Cinnamon is loaded with beneficial antioxidants and contains impressive amounts of fiber, manganese, iron, calcium, and vitamin K.

Cinnamon is a true culinary and medicinal dynamic duo. Most of its flavoring power and health benefits are linked to one of its active ingredients called cinnamaldehyde.

What are the health benefits of cinnamon? Some of the most impressive cinnamon health benefits include its ability to lower blood sugar levels and blood pressure levels. Cinnamon is also linked to a decreased risk of heart disease and diabetes.

Let’s take a closer look at some of the possible health benefits you may be reaping with that next sprinkle of cinnamon. You’ll see that there’s a good reason why cinnamon has been used as a traditional medicine for centuries.

On the ORAC scale (which measures and rates the antioxidant content of foods), cinnamon bounces between spots but always lands in the top 20 accessible foods with the highest amounts of antioxidants. That’s out of all foods, beverages, herbs, and spices — an impressive feat.

Research shows that cinnamon is high in health-protecting antioxidants and polyphenols that help to fight off free radical damage and other negative results of oxidative stress.

Translation: Consuming cinnamon can help offset some of the damaging effects of day-to-day life, such as excessive sun exposure, toxin exposure, and more.

Cinnamon also has anti-inflammatory properties and is known to lower cholesterol levels, including total cholesterol, bad LDL cholesterol, and triglycerides.

If you’re looking to keep your blood sugar balanced, cinnamon may just be the spice for you.

Cinnamon may lower the amount of glucose (sugar) that enters your bloodstream after eating a meal and regulate your overall blood glucose levels. For about 12 hours after consuming cinnamon, it can increase your insulin sensitivity, meaning your body can convert glucose more readily into energy.

Insulin resistance is a pervasive problem that impacts over 32% of the population of the United States. This is why cinnamon tops the list for natural diabetic remedies, but it can also benefit non-diabetics. 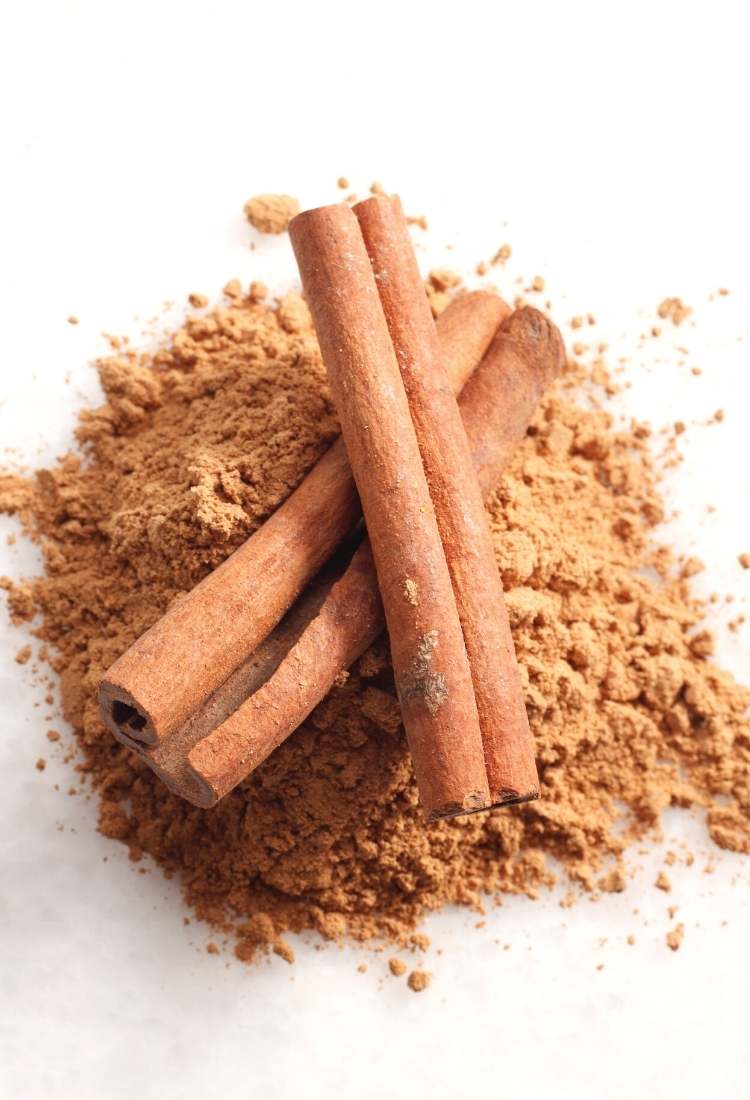 If you’re struggling with hypertension (high blood pressure), adding cinnamon to your diet may result in better blood pressure readings.

4. It May Reduce the Risk of Heart Disease and Diabetes

Heart disease and diabetes are two chronic health concerns that can cause many adverse health effects. The good news is that a healthy diet and lifestyle can help reduce the risk of both.

Getting more cinnamon in your diet may just be one of those healthy things you can do. Research demonstrates that cinnamon extract may help lower the risk factors of heart disease and type 1 and type 2 diabetes.

Does cinnamon kill viruses? Some research points towards cinnamon’s ability to help fight viruses. For example, one study demonstrates how cinnamon bark extract may be a natural treatment that reduces the risk of infections such as the flu.

Cinnamon essential oil is also antibacterial/antimicrobial and antifungal. It has been shown to kill fungi, including three strains of Candida, in clinical trials. While this shouldn’t be taken as medical advice, there’s no harm in adding more delicious cinnamon into your meals for its potential health benefits.

Cinnamon naturally contains prebiotics. What are prebiotics? They are compounds found in foods that encourage the activity and growth of probiotics (good bacteria).

By boosting probiotics in the digestive tract, minor digestive issues such as gas, bloating, or upset stomach may become less common. Plus, a healthy gut makes weight loss easier.

Cassia cinnamon is most often found on store shelves in the United States. It originated in China, which is why it’s sometimes referred to as “Chinese cinnamon.”

Cinnamon is typically used in small amounts (a sprinkle, a dash, a teaspoon, etc.), but it packs a powerful punch of nutrients.

Using cinnamon is easy when you get it in powdered form. A specific amount of cinnamon powder is often recommended in many sweet creations as well as savory dishes. You’ll often see cinnamon as a key ingredient in many cookie and muffin recipes.

If you’re not using a recipe as a guide, you can incorporate a sprinkle or more of cinnamon into whatever you think would taste better with some added spicy sweetness.

Let me give you some more ideas... 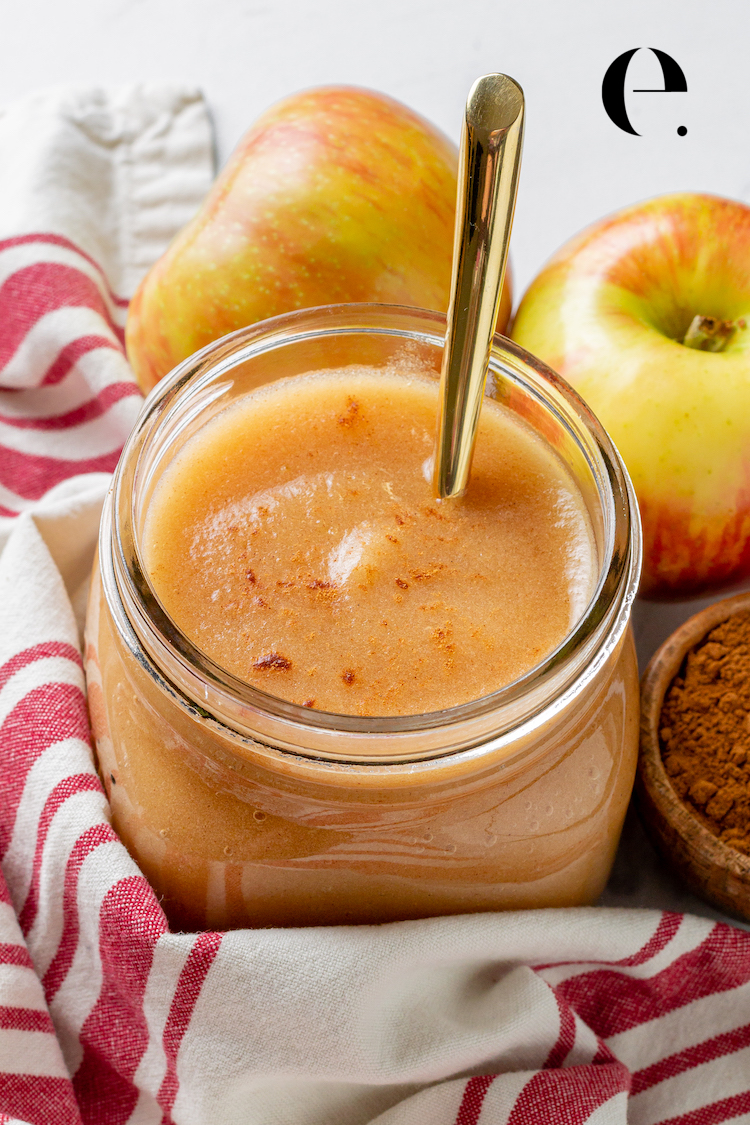 Cinnamon is a spice that is definitely not hard to incorporate into your diet regularly. It goes so well with so many foods and drinks!

I’m sure you may already love some classic cinnamon-containing items like pumpkin pie, garam masala curry, and of course, cinnamon rolls.

Cinnamon is more often used in foods on the sweet side, but it can make savory dishes a lot more interesting.

To use cinnamon in your diet:

Does Cinnamon Have Side Effects?

Is it good to consume cinnamon every day? It can be healthy to have cinnamon in a beverage or food every day, as long as you don’t add too much. Just like with any spice or herb, you don’t want to overdo it.

In moderation, cinnamon typically doesn’t result in any adverse cinnamon side effects. However, problems can arise if you have too much cinnamon, especially if it’s cassia cinnamon.

Cassia cinnamon contains a substance called coumarin, which, in large amounts, has been linked to liver damage and potentially increases the risk of certain kinds of cancer. However, you would need very large amounts of this for it to be an issue so it’s generally not a concern. Interesting fact: Some popular blood thinning medication is actually derived from coumarin.

Look for Ceylon cinnamon or “true cinnamon” and use it in moderation to add a burst of sweetness and spice to your meal.

Cinnamon is available as a supplement, but get your doctor’s medical advice before taking cinnamon supplements.

In short, adding cinnamon to a beverage or meal is a great way to boost flavor and potentially reap its health benefits.

A hydroxychalcone derived from cinnamon functions as a mimetic for insulin in 3T3-L1 adipocytes.

Effects of short‐term cinnamon ingestion on in vivo glucose tolerance.

Prevalence of metabolic syndrome and insulin resistance in overweight and obese women according to the different diagnostic criteria.

In Vitro Antiviral Activity of Cinnamomum cassia and Its Nanoparticles Against H7N3 Influenza A Virus.

Antibacterial Effects of Cinnamon: From Farm to Food, Cosmetic and Pharmaceutical Industries.

Toxicology and risk assessment of coumarin: focus on human data.