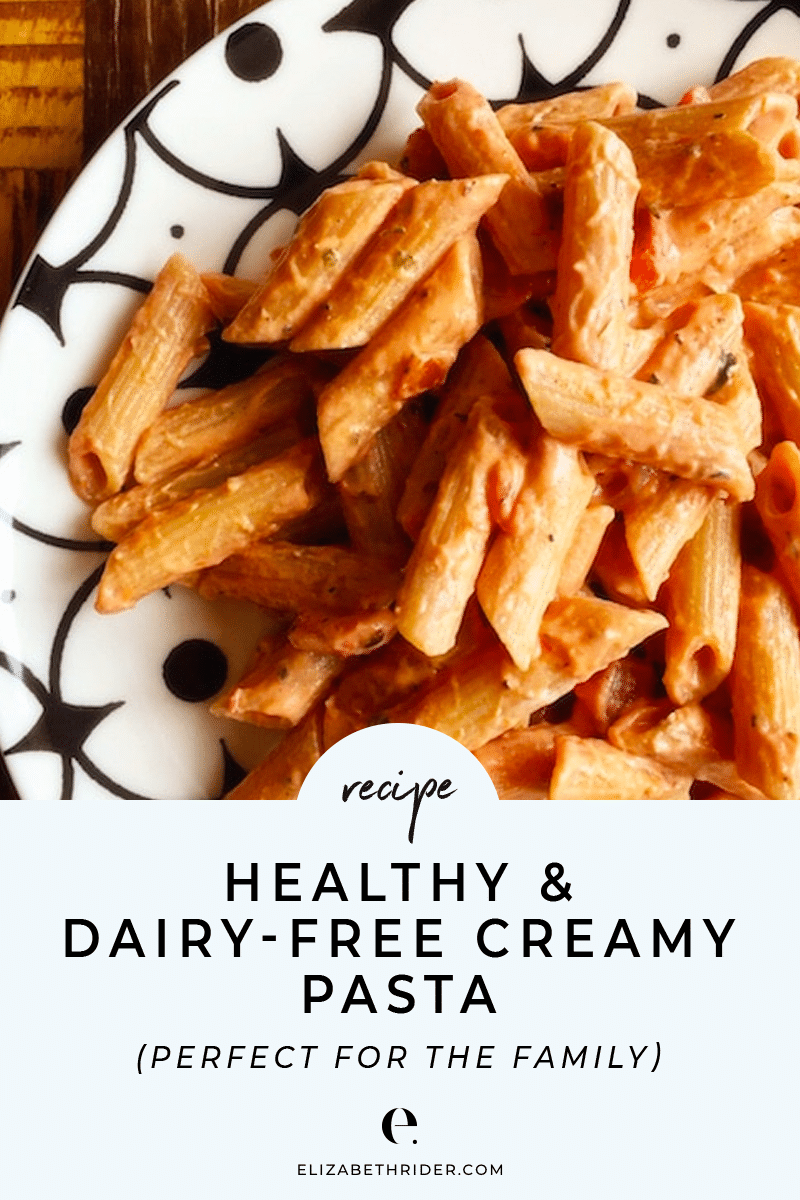 You all know that I’m all about eating healthy, whole foods as often as possible.

However, there are times when I just want warm comfort food that’s quick and satisfies my elementary-school-girl-mac-&-cheese-cravings. 🙂 It's been a little rainy in Bozeman, and this dish really hits the spot.

In my never-ending quest to find satisfying meals that don’t throw me off the health-wagon here’s what I’ve come up with to replace mac-and-cheese type meals, and it’s divine. It’s far less processed than most pasta meals, and it's vegan to boot. 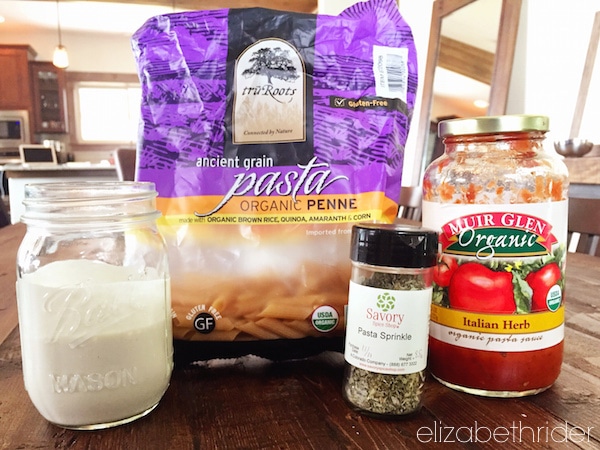 Recipe: Cook the ancient grain pasta in salted boiling water, according to package instructions until al dente (about a minute short of the suggested cooking time). When cooking gluten-free pasta, pay extra attention to cooking times indicated on the package to be sure it’s cooked properly.

Mix the cashew cream and pasta sauce with a large pinch of sea salt in a separate bowl until well combined.

When the pasta is ready to drain, reserve a cup of pasta water then drain the pasta. Add the pasta back to the pan then gently fold in the mixed cashew cream and marinara sauce. Let it sit over low heat for a few minutes to warm though, stirring occasionally. If the sauce is too thick, add a few tablespoons of the pasta cooking water to thin it out; discard the cooking liquid if you don’t need it. Add an extra pinch of sea salt plus the extra dried Italian herbs if desired. Throw in some torn fresh basil leaves if you happen to have any on hand. Serve hot or cold. Will keep in the refrigerator up to 3 days.